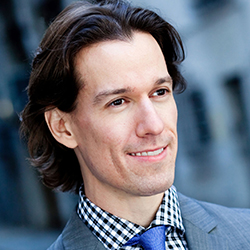 He served as a Board Observer at Makara (sold to RedHat) and TouchCommerce. Sharam began his career as a technologist at Appian, a BPM software start up where he managed the first enterprise-wide tracking system for the Department of Homeland Security. Sharam graduated with honors with a BS in Computer Science from Princeton University and an MBA from Harvard Business School. He played NCAA D 1 ice hockey and is fluent in Farsi.